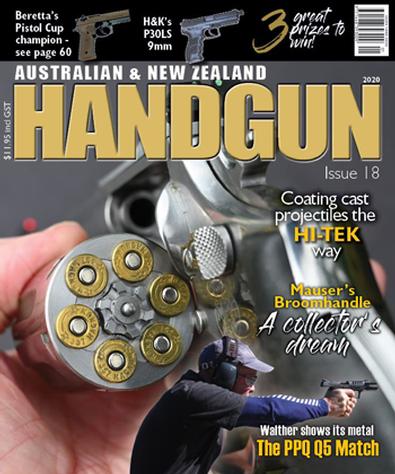 The Australian & New Zealand Handgun is the SSAA’s dedicated magazine for handgun enthusiasts. Published annually, it showcases legitimate handgun shooting for recreational club and competitive shooters, collectors, historians and those who may use their handguns professionally, such as law enforcement and security personnel.

The magazine also examines the evolution of handguns and ammunition, profiling some of the world’s most influential firearm makers and the creation and use of handguns that have changed the course of history.

Be the first person to tell us what you think about Australian & New Zealand Handgun and you'll save $5 on your next purchase!

Please allow up to 2-5 weeks for your first delivery. Your subscription will begin with the next available issue and in most cases your magazine will be in your hands before it goes on sale in the shops!

Australian & New Zealand Handgun is published by Sporting Shooters' Assoc. of Australia who handle delivery and stipulate the lead time shown above. To view other titles by this publisher click here