Wartime magazine is the official magazine of the Australian War Memorial, offering rich insights into past and current conflicts. A passionate collaboration between Memorial and editorial experts, learn more about this treasure from our interview with its editors.

Wartime magazine is the official magazine of the Australian War Memorial, offering rich insights into past and current conflicts. A passionate collaboration between Memorial and editorial experts, learn more about this treasure from our interview with its editors. Read more > 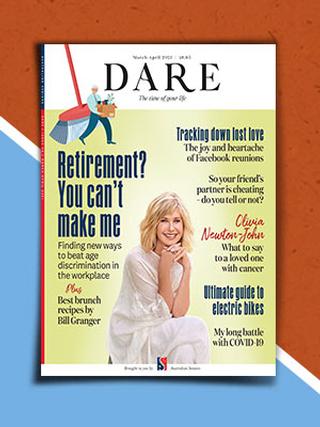 DARE magazine embodies the vitality of its intended over 50s audience. Editor Michelle Endacott tells us more about what to expect. Read more > 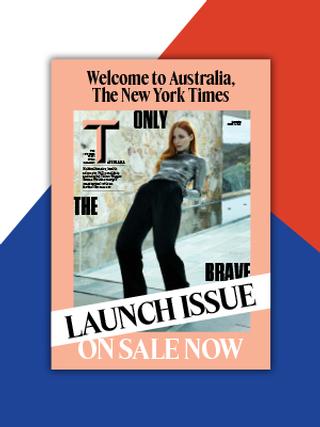 Meet the Editor, Katarina Kroslakova of T: Australia The New York Times Style Magazine. She talks about who this quarterly, culture-meets-style publication is for and what you can expect, plus her best experience so far pioneering the Australian edition. Read more > 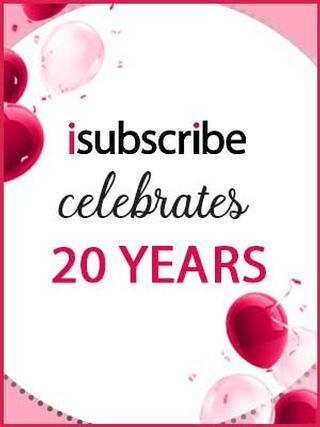 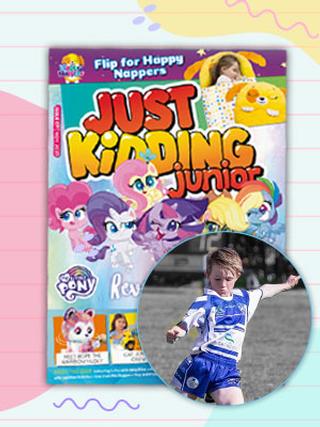 Just Kidding magazine has an amazing team of junior journalists, one of their bright stars, Nate Ryan, talks about his work on the magazine and his Christmas gift ideas! Read more >

The silly season is coming and we all need all the help we can get to survive the road trips, mass catering and finding gifts! Here's WHEELS magazine editor Dylan Campbell's top tips to help you through! Read more >

Top Christmas Mags: For Her 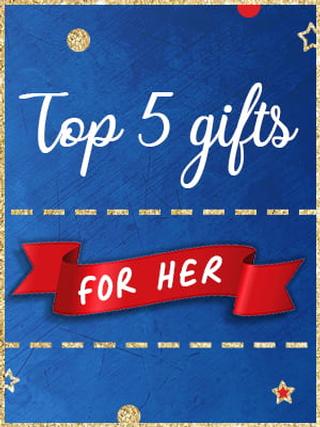 You know she'll love a magazine subscription but which one to get? Here's our top 5 gift ideas that cover a range of interests, there's sure to be one just for her! Read more >

Top Christmas Mags: For Him

A magazine subscription is a regular does of what he loves, whether that's business, travel, nature or sport. Here's our top picks this Christmas to inspire his dreams for 2021! Read more >

A magazine subscription is the perfect gift for kids - it gives all year! Here's our top 5 bestsellers to help you choose. Read more >

Get some hot tips and Christmas entertaining hacks from the lady that surely has them all! Read more >

Here's a few of Terry's hot tips for seeing through the end of 2020 and what's inspiring him beyond. Read more >

Find out what budding young explorers will uncover in this fantastic new mag from the publishers of Australian Geographic magazine. Read more >

There’s a growing range of beautifully curated and fun subscription boxes in Australia. We thought it time to bring some of the latest and greatest to your attention. Read more >

R.M.Williams Outback Editor Mark Muller knows all there is to know about regional and outback Australia. Here are his top 3 gift ideas this Father's Day. Read more >

"Get out and Ride!" says editor Mike Blewitt. Here's a special insight into how AMB magazine champions riding, adventure and its every-growing community. Read more >

In a hectic world, her favourite magazine every month - what could be better than that. Read more >

Meet the Editor of Inside Sport magazine... Kevin Airs

We speak to Kevin Airs Editor of Inside Sport Magazine. Read more >

The weird and wow of this world and beyond

Keep your feet on the ground and launch into space every issue. Read more >

Christmas Gifts for Her!

Whether mother, partner, sister or daughter, one thing all ladies love is the opportunity to flick through their favourite magazine. From fashionista to foodie, this is the me-time she needs. Read more >

The weird and wow of this world and beyond

Keep your feet on the ground and launch into space every issue. Read more >

The best our unique country has to offer

Australian Geographic is a celebration of the wonders down under, full of flora, fauna, epic discoveries, and destinations. Read our review to learn more about why this mag hits the subscription sweet spot. Read more >

It’s time to gear up and get off the couch with our low down on NZ Adventure magazine. Read more >

ABC Organic Gardener is the perfect planting companion. Read our review to find out why. Read more >

Plant-based living for the conscious consumer

This year's World Cup is expected to be one of the most open in years and it could come down to which team best manages the workload of their players leading into the tournament. Read more >

Editor Thomas Cook gives us his hot tips on where to go, what to do, and why you need to read this distinctive magazine before taking your next adventure. Read more >

STEM in the real world

If you have curious kids who need to know why, check out our Double Helix review. Read more >

Time for your tribe to get its travel on

Need some inspo for the perfect family escape? Read our Holidays with Kids review. Read more >

Beyond the city limits, the real regional Australia

R.M. Williams OUTBACK is Australia's leading lifestyle magazine covering the rural, regional and outback of Australia. Find out more about this great mag in our review. Read more >

Riddle me this…Puzzles and lifestyle in a pretty package. Read more >

Give your special teen the chance to read beyond their feed

Everything from resilience to recipes - what free spirits read when they come to ground. Female empowerment isn’t just for big girls. Read more >

What's all the buzz about KOOKIE Magazine?

KOOKIE magazine for smart girls aged 7-12 burst onto the scene in 2017. We talk to editor and co-founder Nicky Shortridge to find out why this mag is adored by young girls. Read more >

We find out why Limelight magazine is Australia's essential guide to classical music from the new editor Jo Litson. Read more >

Indulge the senses with delicious. delights

Lunch Lady is a magazine where parenting is not taken too seriously, we speak to editor Louise Bannister to find out more. Read more >

According to editor Jamie Durrant "The world is your oyster and Essentials is keen to do the shucking for you!" Read more >

Meet the editor of In the Moment, a brand new magazine dedicated to mindfulness, creativity and wellbeing.

Who doesn't want some more 'me-time' in their lives? We speak to Editor Luke Benedictus of Men's Health to discuss why it's essential to take some time out for yourself or better yet give some 'me-time' to your Dad! No excuses...! Read more >

No small beer – What’s hot in hops. Everything you need to know about craft brewing for the industry and the enthusiast. Read more >

Who doesn't want some more 'me-time' in their lives? We speak to Editor Brendan James of Golf Australia to discuss why it's essential to take some time out for yourself or better yet give some 'me-time' to your Dad! No excuses...! Read more >

We speak to editor Amy Hetherington on why the concept behind the magazine The Big Issue is simple. Read more >

Modern interiors and lifestyle from Country Style! Cosy cottages aren’t what they used to be.. Read more >

What 'me-time' means to editor Madison White of Breathe magazine

Who doesn't want some more 'me-time' in their lives? We speak to Editor Madison White of Breathe to discuss why it's essential to take some time out for yourself or better yet give some 'me-time' to your Mum! No excuses...! Read more >

What 'me-time' means to Kerrie McCallum editor of delicious.

Who doesn't want some more 'me-time' in their lives? We speak to Editor Kerrie McCallum of delicious. to discuss why it's essential to take some time out for yourself or better yet give some 'me-time' to your Mum! No excuses...! Read more >

Celebrating the past and uncovering the far corners of the present. A clever quarterly for the curious reader.. Read more >

It’s hard not to lust after this gorgeous, albeit it slightly odd British Vogue cover from 1977. Read more >

In 1968 boxing legend Muhammad Ali was having a hard time of it. Read more >

10 YEARS AGO... since the amazing Lebron James and Gisele Bundchen Vogue cover!

The year was 2008, Brazilian beauty Gisele Bundchen was possibly the biggest supermodel in the world, and basketball player Lebron james was one of America’s greatest sportsmen. Read more >

We speak to Australian Muscle Car magazine editor Luke West, about the 100th issue of this proudly Australian publication - dedicated to preserving the legend of our unique ‘Australian made’ Ford vs Holden muscle car heritage. Read more >

MEET THE EDITOR: TIME TO ROAM

Time to Roam magazine is dedicated to great caravanning stories. We speak to editor Brendan Batty to tap into the latest travel caravan, camper trailer and motorhome inspiration and more! Read more >

With the release of its 100th issue, we speak to ABC Organic Gardener editor Steve Payne who gives seasonal advice on growing fruit, vegies, herbs, poultry and much more! Read more >

ON THIS DAY.. Posh & Becks announced their engagement!

It's hard to imagine a world without the gorgeous, successful and affluent Beckham clan, which is why the events that took place in Cheshire, UK on this very day 20 years ago, are so very significant. Read more >

Whether you aspired to be Posh, Baby, Scary, Sporty or Ginger Spice, the long-awaited official Spice Girl movie, Spice World, would have had you dancing with joy. Read more >

ON THIS DAY....In 2008 Heath Ledger tragically passed away

He was the heartthrob and hero of his generation, so it wasn’t just Hollywood that mourned actor Heath Ledger’s tragic and sudden death. Read more >

Gamers and goofballs have got it made.. Read more >

ON THIS DAY...in 1978 Saturday Night Fever went number one!

Rewind to today in 1998 when the first episode of Dawson’s Creek aired. Read more >

ON THIS DAY.. Lionel Richie’s All Night Long (All Night) hit number one.

ON THIS DAY... in 1992 when Prince Charles and Princess Diana formally announced their separation.

They wed in a flurry of public joy in 1981, but eleven years after their fairytale wedding, Prince Charles and Princess Diana announced that they were to separate. Read more >

ON THIS DAY... 37 years ago today John Lennon was shot

He was a pioneer for peace, which is why when the news broke that beloved Beatle john Lennon had been brutally murdered in New York On Monday, December 8, 1980, few believed it was actually true. Read more >