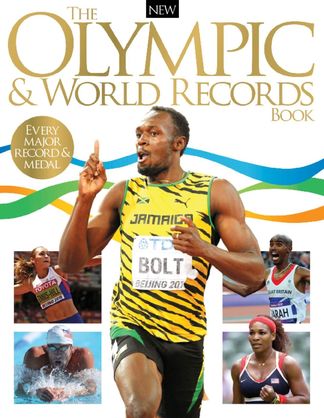 The Olympics are where the world’s elite athletes compete at the very highest level, setting records and pushing the limits of the human body for the chance to claim the greatest accolade of all – an Olympic gold medal. In this book we celebrate the greatest Olympians in every discipline, from athletics and aquatics to cycling, gymnastics, ball sports and more – and break down their record-breaking achievements and legendary victories.Featuring:
Olympic Games heritage - Chart the rise of the Olympics, from the birth of the modern Games in 1896 to the extravaganza of London 2012.
Medals & records - Get to know the facts and stats behind the medal winners and record setters in every major Olympic discipline.
Amazing stories - Discover the incredible tales behind some of the most iconic Olympic champions in history.
Legendary athletes - From the pool to the running track, relive the triumphs of the biggest Olympic stars of all time.

Be the first person to tell us what you think about The Olympic & World Records Book and you'll save $5 on your next purchase!