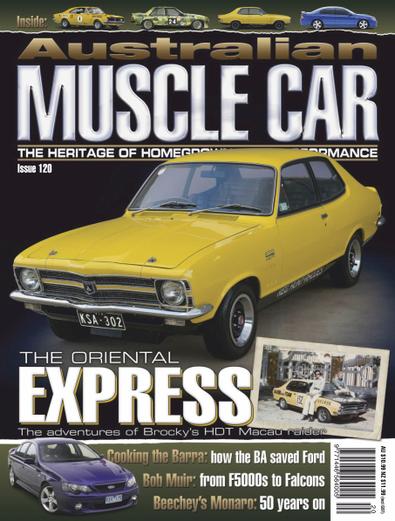 Cover Price: $10.99 you save up to 29%
(13 reviews, 13 ratings)
Australian Muscle Car (AMC) is a fresh, proudly Australian publication dedicated to preserving the legend of our unique ‘Australian made’ Ford vs Holden muscle car heritage. Read more

Digital subscriptions are available for this title. Digital Subscriptions are supplied by Zinio, who will deliver the digital editions direct to your inbox - you can access them directly through your web browser or download the Zinio app on your mobile device.

Australian Muscle Car (AMC) is a fresh, proudly Australian publication dedicated to preserving the legend of our unique ‘Australian made’ Ford vs Holden muscle car heritage. From 1960s classic Bathurst muscle to the super sophisticated Falcon and Commodore performance cars of the new millennium and everything in between.

Your subscription will begin with the next available issue and in most cases, your magazine will be in your hands before it goes on sale in the shops! Due to publishing cycles and potential delays with Australia Post, please allow up to 6-9 weeks for your first delivery to arrive.

Australian Muscle Car is published by Next Media who handle delivery and stipulate the lead time shown above. To view other titles by this publisher click here