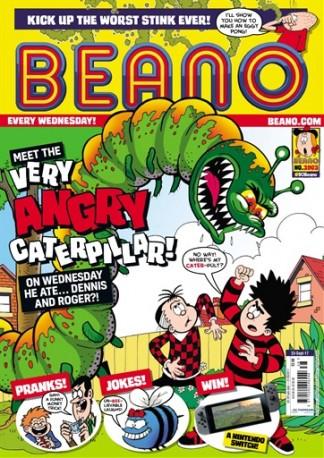 United Kingdom
Get a subscription to The Beano magazine - Britain's number one fun comic. Launched back in 1938 The Beano magazine is the home of comic legends the Bash Street Kids, Minnie the Minx, Roger the Dodger as well as the red and black icon Dennis the Menace. Read more

Be the first person to tell us what you think about Beano (UK) and you'll save $5 on your next purchase!

Please note this magazine will be a current issue at the time. For international titles please allow up to 10-13 weeks for your first delivery.

Beano (UK) is published by iSUBSCRiBE Ltd (Intl UK) who handle delivery and stipulate the lead time shown above. To view other titles by this publisher click here