Journal of a Voyage to Australia 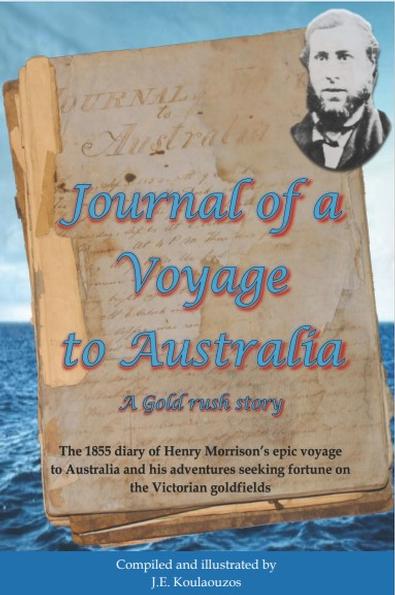 A Journal of a Voyage to Australia
In 1855, my great, great grandfather, Henry Morrison began writing a detailed account of his voyage to Australia.
This diary would encompass far more than just his personal observation of the long and arduous sea voyage from Sunderland, England via the Cape of Good Hope, the treacherous waters of the Indian Ocean and the numerous on board deaths and injuries before landing in Melbourne.
Henry spent a further 2 years exploring and gold mining in the Victorian countryside around Castlemaine with his good friend George. They endured extreme hard work digging in the blazing heat of summer, frigid cold winters and succumbing to recurring sickness whilst living in a small, canvas tent with limited rations.
In 1857, after Henry had had some meagre fortunes on the goldfields, he began the long sea journey back again to England from Melbourne. The diary concluding as he nears the South East coast of England.
With the help of a previously unknown cousin researching family history in New Zealand, I discovered that Henry Morrison eventually married and immigrated to Napier, New Zealand around 1858.
He unfortunately was killed in 1866 during the battle of Omarunui, NZ.
The precious journal itself would eventually be bought to Australia by his migrating son John Elliott Morrison, then handed down to his son (my grandfather) and eventually lost for many years at the bottom of a junk pile of magazines at my uncles’ house, in Bexley Australia, before being rediscovered by myself a few years back.

Be the first person to tell us what you think about Journal of a Voyage to Australia and you'll save $5 on your next purchase!

This is an annual publication. The magazine will be delivered in February.

Journal of a Voyage to Australia is published by Australian Self Publishing Group Pty Ltd who handle delivery and stipulate the lead time shown above. To view other titles by this publisher click here