The world's favourite kids magazine launches this month - what will we see inside?

News Flash: National Geographic Kids launches in Australia on June 4! Here we talk to editor Joan-Maree Hargreaves about what's inside the covers of the first edition. Plus, a sneak peak of how an issue comes together, a preview of upcoming stories and a cool photo competition. And the fantastic benefits of subscribing for your kids.

National Geographic Kids Australia launches this month! What cool things can kids look forward to in the first edition? This month, we head to Antarctica to learn about the continent’s remarkable emperor penguins. They really are fascinating animals. For instance, for an emperor penguin egg to stay alive, the male has to keep the egg rested on his feet above the icy ground – for two months?! That’s some pretty impressive parenting! One of the interviews I’m most excited about is with Madison Stewart, also known as ‘Shark Girl’. Madison has spent her entire teenage life swimming with sharks. Now, 21, Madison is helping to save them from overfishing. I’m also thrilled to have Dr Karl on board as a columnist and he is sharing some really interesting facts with us about why birds flock!

What age groups are your readers? Do you encourage reader feedback? Our reader age range is from 6 to 14 – it’s interesting, because I think the subject matter is so interesting to such a broad range of people – I mean most people find animals and nature interesting, it’s hard not to! We absolutely encourage reader feedback. I’m particularly interested in finding out what they want to see inside the magazine, what they liked (and of course, what they liked least of all). Social media is going to be critical for that reason – that’s where we can have direct contact with our audience, which is very exciting.

National Geographic Kids magazine has loads of different stuff in it – posters, puzzles, quizzes, games, things to make and do – how do you come up with the ideas? We have some pretty lively editorial meetings! We’ve also got some pretty amazing colleagues around the world to help us. National Geographic KiDS is published in 18 different countries and we’re all connected and in touch with one another so there’s a lot of ideas sharing and sparking going on.

What’s in it for parents? Is the magazine designed to read across generations? Absolutely, without a doubt. We definitely encourage parents to read the magazine alongside their kids. I mean, we don’t think they’ll be able to resist it! Animals and nature are universally interesting. The thing is, when we’re kids, we are fascinated with animals. They are very much a part of our imagination and everyday lives, be it through books, tv, storytelling or visits to the zoo. A wonderful byproduct of having kids, it would seem, is that we regain that connection with animals that many of us lose as we move into adulthood. Our magazine is another opportunity for kids and parents alike, to discover that fascinating world, the animal world – our world. It’s like putting on a pair of nature glasses and finally being able to see it clearly again! 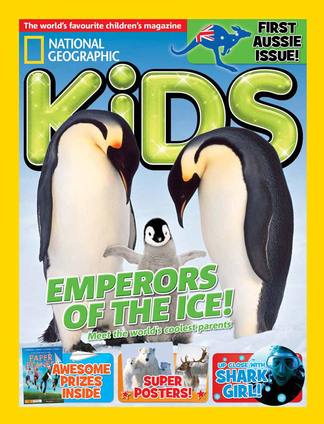 How does an issue come together? Can you talk us through the process? Well, we have those lively editorial meetings I mentioned and this is the opportunity for everyone on the team to put forward their ideas and it really sparks the conversation. Here we also bring together everything we’ve discovered from our reader surveys and dialogue with our audience on social. We have colleagues all over the world, so we have phone meetings with our international team to talk through our ideas and get their feedback. We then set out to do the interviews, write the features, and create the puzzles and quizzes. Once all the stories are written and the photos are taken, the designer works her magic and it all starts to come together in the form of pages on a screen. From there, the magazine travels to our colleagues in the UK and the National Geographic Society in the United States and they offer their feedback and ideas. Finally, we put on the finishing touches and the magic of the printed magazine begins!

As the editor of National Geographic Kids, what makes your day? I know it sounds like a cliché, but working with such vital, interesting subject matter makes my day. I don’t think there’s ever been a more essential time to start a magazine about nature and animals and the world we live in. Knowing that our readers are going to be the next generation of explorers, archaeologists, scientists, artists and astronauts is a pretty day-making idea. I couldn’t be more excited or prouder to be working on National Geographic KiDS.

Can we please have a sneak peak of some of the key features in upcoming issues? Of course. We’ll be getting up close and personal with some folks living alongside one of the most beautiful cats – the leopard, we’ve got a great wombat rescue tale coming up, and we’ll meet some kiwis saving kiwis! Plus, of course, there’s more facts than you can probably imagine and we’ve got a very cool international photo competition coming up. I can’t say too much about it yet, but we’re pretty excited about that!

What are the benefits of being a subscriber? Why subscribe? For one thing, there’s not much that compares to receiving snail mail – when you’re or child or when you’re an adult (unless it’s a bill of course)! Opening the front door and receiving a package that is just for you is always a thrill. It’s also cheaper when you subscribe than when you buy it from the news stand. Plus, when you subscribe to National Geographic KiDS, you’ll get a FREE child entry voucher to SEA LIFE and WILD LIFE attractions across Australia and New Zealand! That’s pretty cool we reckon.

GIFT GUIDE FOR KIDS!
We chat with Sarah Tarca, editor of Girlfriend
The weird and wow of this world and beyond 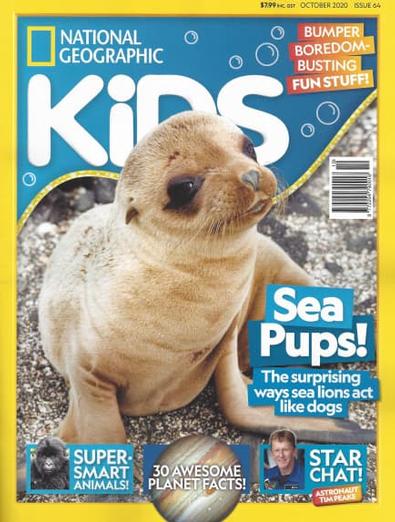