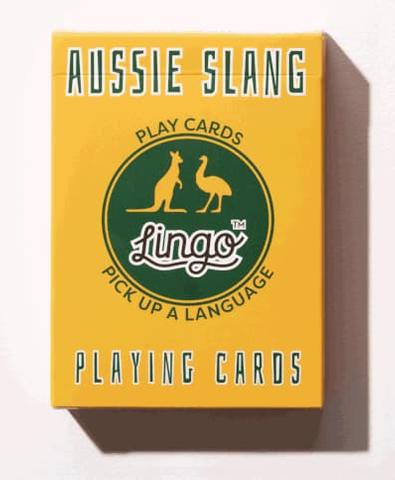 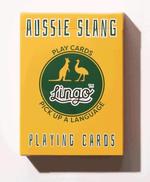 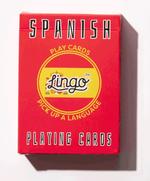 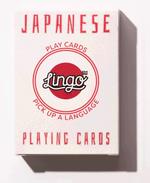 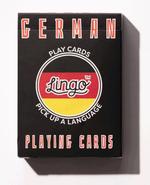 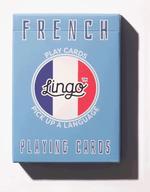 Per Box Price: $25.00
These playing car decks includes 54 language translations essential for travellers who want to immerse themselves in the culture they're exploring - from everyday greetings and introductions, to eating out, moving around, or finding a place to stay. Read more
Earn up to 750 isubscribe Rewards Points, that's 5 points per $1 spent.

These playing car decks includes 54 language translations essential for travellers who want to immerse themselves in the culture they're exploring - from everyday greetings and introductions, to eating out, moving around, or finding a place to stay. Practical phrases are accompanied by easy-to-learn pronunciation.

Choose a single country of origin or a subscription box and have one delivered each month.

Countries include:
AUSSIE SLANG
Ever overhear an Australian say something like “I was having a good old chin wag with me cobber, just piss-farting around”, and think WTF is this guy saying? With this deck of cards you’ll be able to make sense of the slang down under, and finally know what ‘fair dinkum’ really means.

BRITISH SLANG
Arguably, the Brits’ most (in)famous achievement was the butchering and subversion of the very language they invented! Which is exactly why Lingo British Slang cards are a necessity.

FRENCH
Often the French get a bad wrap for being ‘rude’, but that’s only because tourists come up and ask if they can “speak English” without even attempting a proper hello. Learn the basics, pay your respects and see the real side of French hospitality.

GERMAN
Break out the lederhosen and pull out your biggest stein - it’s time to hit the land of beer and bratwurst. Navigate your way through Oktoberfest with two simple phrases - “one more please”, and “cheers”!

ITALIAN
Often recognised as the most beautiful language in the world, you can say “I have a strange rash” in Italian and you still sound like a smooth operator. Just think how awesome it would be to say hello, find out where the closest restaurant is and order a beer!

JAPANESE
In a country renowned for being respectful, even a bumbling attempt with trying the local language goes applauded (sometimes literally). Get in with the locals and experience some true Japanese culture.

SPANISH
Did you know that half a billion folks say “sí” instead of “yes”, and “la cerveza es la bebida de los dioses” instead of “beer is the drink of the gods”. Get up to speed and cheers a Latino in their own language. Salud!

Be the first person to tell us what you think about Lingo playing cards subscription box and you'll save $5 on your next purchase!

Lingo playing cards subscription box is produced by Eight Point Distribution P/L who handle delivery and stipulate the lead time shown above. To view other products by this company click here