The Food of Ocha 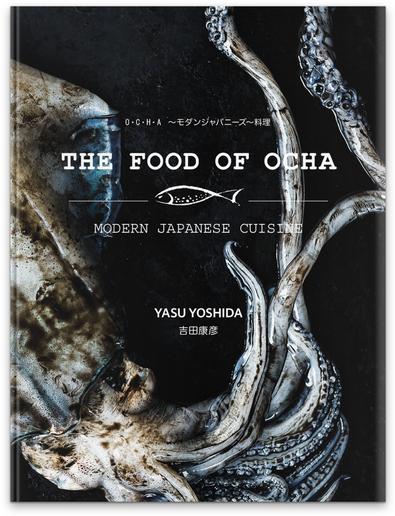 Cover Price: $34.95
TITLE DESCRIPTION The Food Of Ocha—Modern Japanese Cuisine is a rarity: a cookbook by a Japanese- Read more

The Food Of Ocha—Modern Japanese Cuisine is a rarity: a cookbook by a Japanese- born, second generation chef, who has run one of Melbourne’s leading Japanese restaurants for 20+ years, after coming to Australia on a cooking adventure.

Ocha began life as a 25-seater in the inner Melbourne suburb of Kew; as it grew in popularity, it outgrew its space and is now a re ned gem, providing a wonderful mix of the food of Japan, often with a western twist. The Food Of Ocha explains the origins of the renowned dishes of Japan, and describes simply and clearly how to create these wonderful recipes in the home environment. It’s all here—from sushi and sashimi, to oden, sukiyaki, and tempura. As well, you’ll also nd a classic chocolate sauce, and learn how to make a tempura dish using Greek pastry.

Yasu Yoshida has been mastering the art of Japanese cooking all his life—from his childhood working in the sushi restaurant of his parents in Osaka, to a stint in Tokyo learning new ways with sushu, and today, as the master chef of his restaurant Ocha in the suburbs of Melbourne. Ocha, set up by Yasu and his partner Michelle Rogerson in the early ’90s, is a benchmark of fusion cuisine in Australia. The pair has mixed and matched the avours of east and west with the meticulous techniques of Japanese cooking to create unique outcomes. The Food Of Ocha presents many favourites from the restaurant while providing home cooks with the simplest methods to create the nest of culinary experiences. The Food Of Ocha is a joint-venture between The Slattery Media Group and Wilkinson Publishing.

Be the first person to tell us what you think about The Food of Ocha and you'll save $5 on your next purchase!

Please allow up to 1-2 weeks for your first delivery.

The Food of Ocha is published by The Slattery Media Group who handle delivery and stipulate the lead time shown above. To view other titles by this publisher click here