The Trappers Promise : Book One 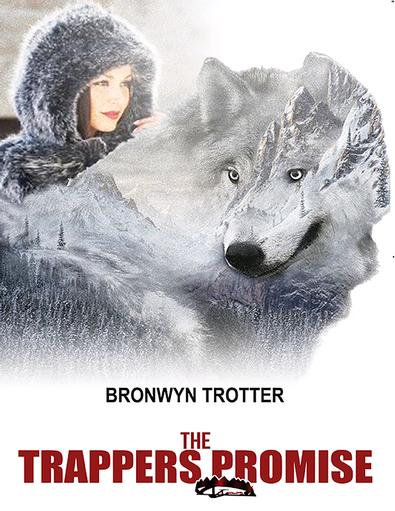 Cover Price: $26.95
Bronwyn Trotter's "The Trappers Promise" is a hard hitting Novel set in the wilds of the Rockies: where only the toughest of women can surive. Read more

Bronwyn Trotter's "The Trappers Promise" is a hard hitting Novel set in the wilds of the Rockies: where only the toughest of women can surive.
‘Born on a mountain in the Rockies where wolves are hunted for their valuable skins, Sarah Cole has to contend with trapping wolves and nineteen trappers. Four of whom have made a promise to her father to look out for her if he should be killed.
When her father dies during a card game, she loses her winter home Mountain View Lodge and is thrust into the care of the trappers.
Finding that men are now looking at her more as a woman than a trapper, Sarah finds battling vicious wolves is far easier than dealing with them and a wealthy rancher Major Hardy trying to stop her from becoming friendly with his son Frank. Major Hardy’s idea of a wife for Frank is Millicent Crawley, daughter of the general store owner.
Sarah will do what she has to, even if it means using the wolves to get her son, stolen from her by his grandfather, back to her.’

Be the first person to tell us what you think about The Trappers Promise : Book One and you'll save $5 on your next purchase!

The Trappers Promise : Book One is published by Australian Self Publishing Group Pty Ltd who handle delivery and stipulate the lead time shown above. To view other titles by this publisher click here