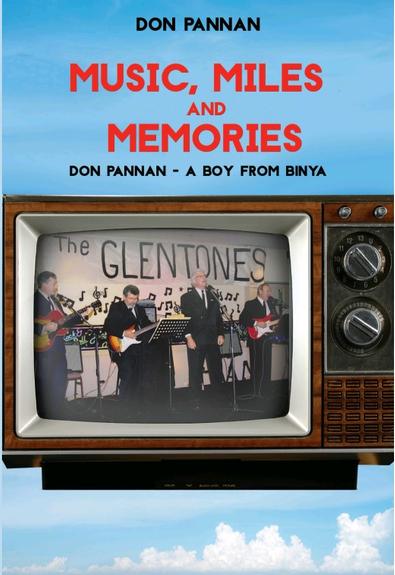 Cover Price: $24.95
This is a true story of a boy born to farming parents during the later stage of World War II. Don Pannan's early childhood memories include talk of the war and fear of invasion by the Japanese. Read more

This is a true story of a boy born to farming parents during the later stage of World War II.
Don Pannan's early childhood memories include talk of the war and fear of invasion by the Japanese. His early years were spent in the farming community of Binya near Griffith in southern New South Wales. At age 12 he was sent to a boarding hostel at Hay for secondary education.
His mother moved into Griffith and he became a student at Griffith High School. He gained employment in a Public Service organisation and at around age 17, started a band with two friends.
The band became a very popular band and played all around Griffith and surrounds all through the nineteen sixties. The sixties was a very exciting time for these young men and, indeed, for anyone who grew up through this great decade. He spent time in Sydney and Wagga before moving to Tamworth in 1979.
He worked for Insurance Companies and eventually bought into a small insurance business which became a large and respected insurance business in Tamworth. The story is sprinkled with original poetry, which is something that comes easily to this Author, there is an addendum with many poems overall there are more than seventy original poems in this book.
The story is about the life and times of Don Pannan, the Author, his life as a boy, his times at Hay, Griffith, Wagga, Sydney and Tamworth - a farm boy, a sixties Musician, a Public Servant, Insurance man, a Father, a Poet and a Grey Nomad.

Be the first person to tell us what you think about Music Miles & Memories: DonPannan A Boy From Binya and you'll save $5 on your next purchase!

Music Miles & Memories: DonPannan A Boy From Binya is published by Australian Self Publishing Group Pty Ltd who handle delivery and stipulate the lead time shown above. To view other titles by this publisher click here